Today was another one of those walks along busy roads and through the urban ring around Leon. I made the time pass quickly by listening to podcasts on my iphone. Coming into Leon proper I encountered some familiar touchstones of US culture…fast food restaurants! I broke down and visited Burger King for a Whopper – a nice change from the very repetitive fare on the Camino.

I am now in Leon which is quite a large city, but one that has retained a substantial core that goes back to medieval times. In fact, the bones of the city actually go back to the Roman era with protective walls and gates still in place.

Did a little sight-seeing yesterday afternoon including a quick look at the two primary churches, a Gaudi designed municipal building, and the Plaza Mayor.

The day ended with a nice dinner with a number of other pilgrims who I have been seeing along the trail for the past two weeks including Hans who was the very first pilgrim I met on Day 1 in St. Jean!

Tomorrow is a day of rest which I plan to spend exploring Leon and relaxing a bit. 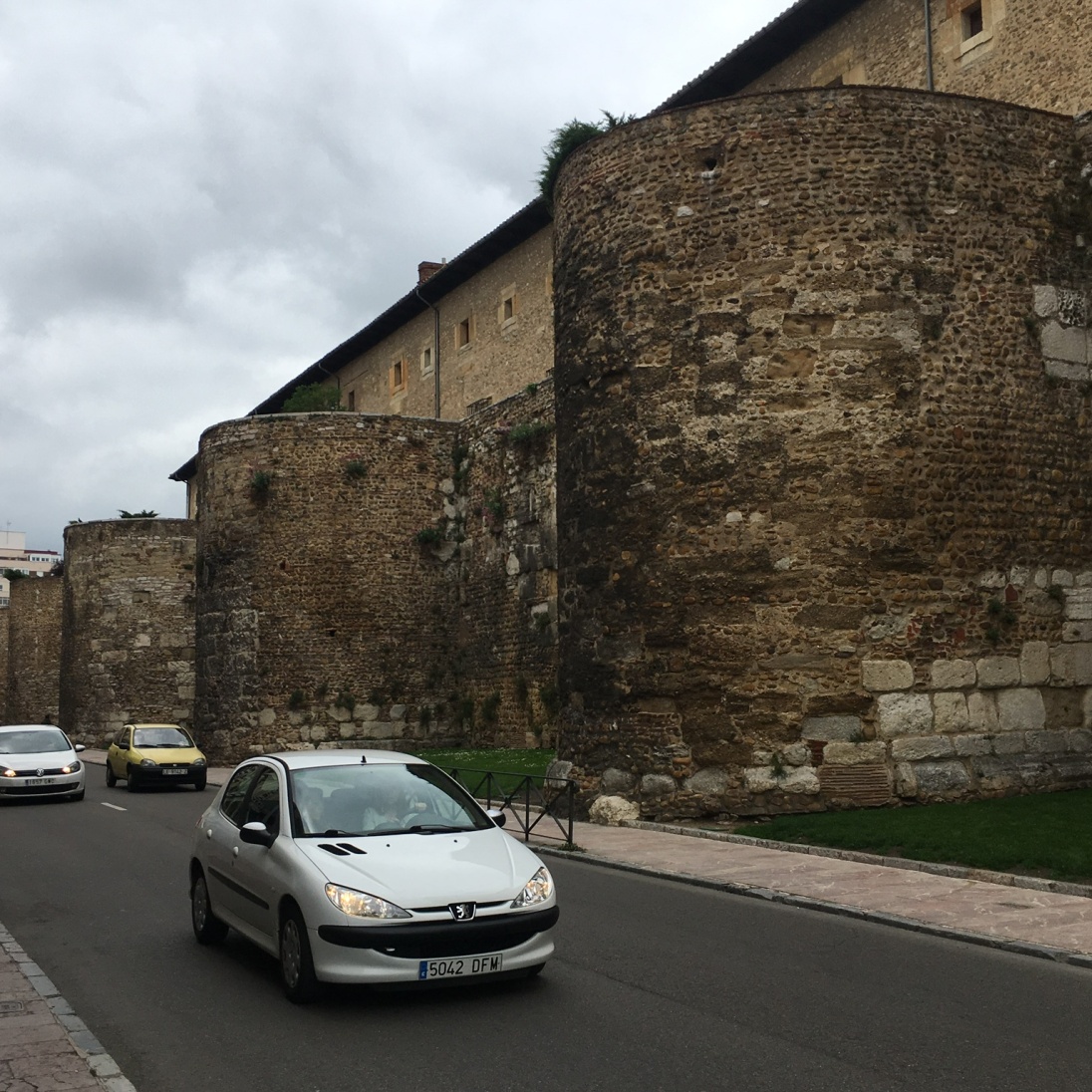 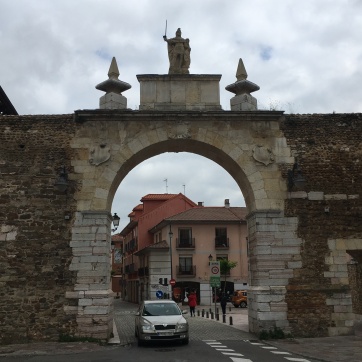 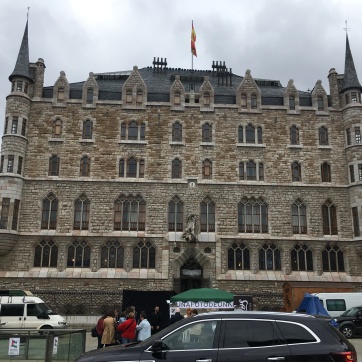